The final two days of our Escape Campervan Vegas to Denver trip were spent in ColoRADo.  I had a sneaking suspicion we would fall in love with Colorado immediately and never want to leave – turns out I was right.

We had no plan for this part of the trip.  Nowhere to stay, no idea where we were headed or what we would do when we got there.  We packed up from Moab and headed east on I-70.   First stop was Fruita, for some coffee and a leg stretch.  What a great little town!  Very bike-centric;  we checked out a couple of local bike shops and grabbed coffee at Bestslope Coffee Co. I HIGHLY recommend them.  Friendly, cool place, great coffee. 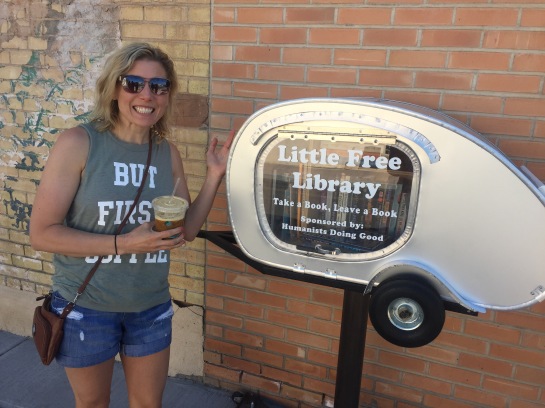 From here it was onward, heading further east.  After some googling and deliberations we settled on the Dillon/Frisco area.   We opted to stay in an established campground

rather than boondock it, given our time constraints, unfamiliarity with the area, snow on the ground still at higher elevations, and the fact that we were driving a pretty old (over 200k miles) 15 passenger van.  Easy choice.  There were a few campgrounds in the vicinity of the Dillon reservoir that had first come first serve sites that were open – based on some online reviews we headed to Prospector Campground first to scope it out. (Side Note – Recreation.gov and ReserveAmerica.com will become your best friends on trips like this.  Both for last minute landing spots and for planning ahead.  Bookmark them. Now.)

Prospector campground was a SCORE.  WOW.  (worth noting – also HIGH.  9,000 feet.  Out of breath walking.)  We realized that (quite luckily) we were showing up on a Thursday before what was forecast to be a very nice weekend, in a place just an hour outside of Denver.  There were several sites that had two nights open so we jumped on that and decided to stay put.  We managed to score a site (#54) on a higher loop overlooking the reservoir with AMAZING mountain views.  ** I know – I keep yelling in capitals.  But SERIOUSLY YOU GUYS** 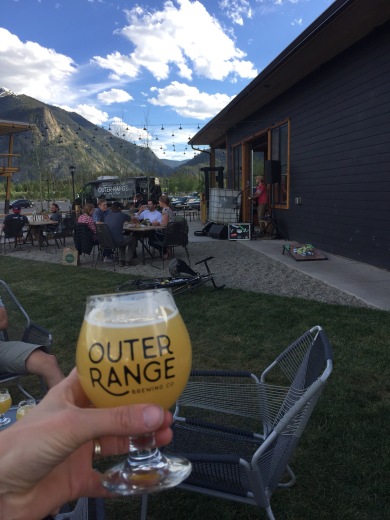 ill.  Not a big deal if you’re a hiker, but there is no easy water access and no swimming) we decided to head into Frisco and check things out.  We stumbled upon Outer Range Brewing Co. – what a find!  Perfection.  The people were laid back and super nice, the beer was OUTSTANDING (I’m yelling again.  sorrynotsorry), the vibe was exactly what we needed.  We grabbed some extremely delicious (east coast style, hazy, juicy, freaking awesome) IPA’s and a table outside where we promptly declared “We live here now” and settled in to listen to some acoustic tunes, stare contentedly at the mountains, and make friends. After beers, nachos, and a million smiles it was time to head back to our campsite and prepare for the next day’s adventures.  We may have made a  stop at a Walmart for some propane and I may have bought a canister of oxygen there (I hadn’t had full strength beer in a week and we were at 9,000 feet. Shut up.)  Ironically, the oxygen is from Bridgeport Connecticut.  Go figure.

Our second day (and only full day in Colorado) was spent hiking and exploring (and drinking more beer).  Thanks to some recommendations from friends and online resources (The Outbound Collective and AllTrails.com were super helpful) we settled on hiking the Mohawk Lakes Trail in nearby Breckenridge.  It was an out and back, around 7 miles round trip, starting from the Spruce Creek Trailhead.  The trail is popular; we arrived mid morning and had to park down the street a bit as the parking area was full.  There was also still a lot of snow on the ground!  (We were there the second week of June).  The hike was challenging, both due to the terrain (lots of climbing!) and the altitude (we made it up to 12,000 feet and lost the trail in the snow, so we turned around.  Nevermind the fact that I left my canister of Connecticut oxygen in the van.  Whoops).  I certainly felt the altitude, but it wasn’t as bad as I expected. (Note – don’t bend over and stand back up quickly after hiking 4 miles up to 12000 feet when you live at sea level.  You’ll feel a bit woozy and you may or may not have a freak out and declare “I have to go back down!” like a lunatic.)

The views were stunning, and we got to see some mountain goats!  This was an incredibly interesting hike, with gorgeous scenery and some old mining ruins and abandoned cabins to explore.  I highly recommend it if you are looking for a somewhat challenging and very scenic hike, but not quite ready for (or prepared for gear-wise) a 14-er.  Here are a shit ton of pictures from our hike.  Because pictures of pretty places are always a good thing.

Pro tip – download the alltrails app before you travel if you are going to be doing some hiking.  It works in airplane mode and you can download trail maps to access offline which is super helpful.  Always carry paper maps as a backup – batteries die, be prepared! 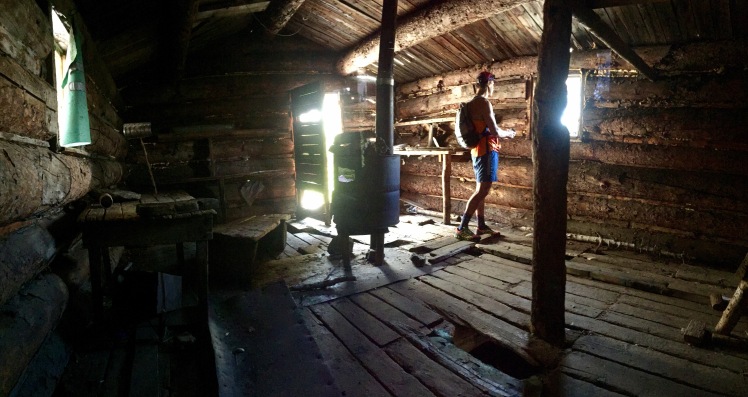 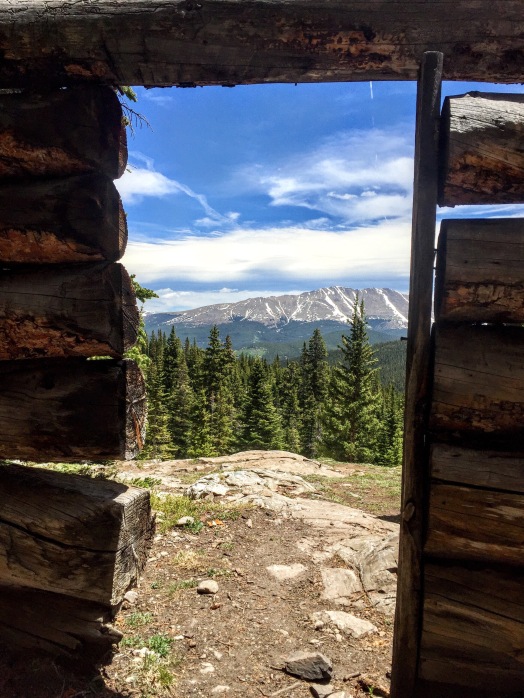 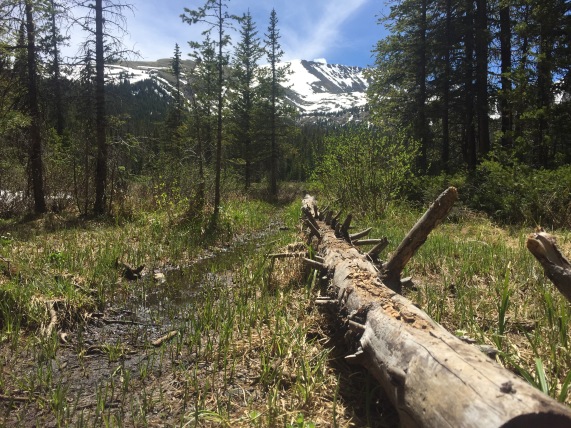 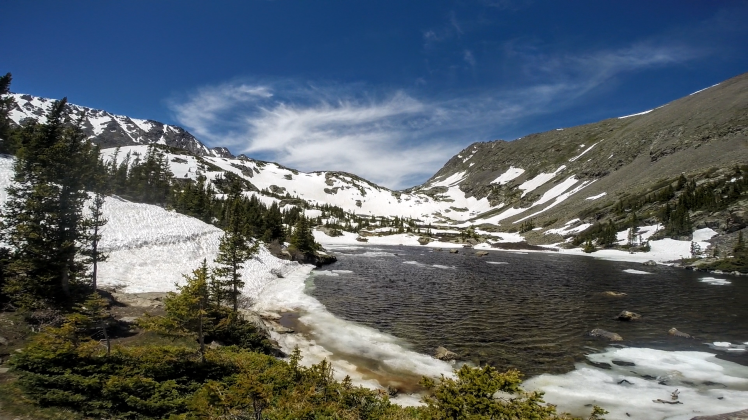 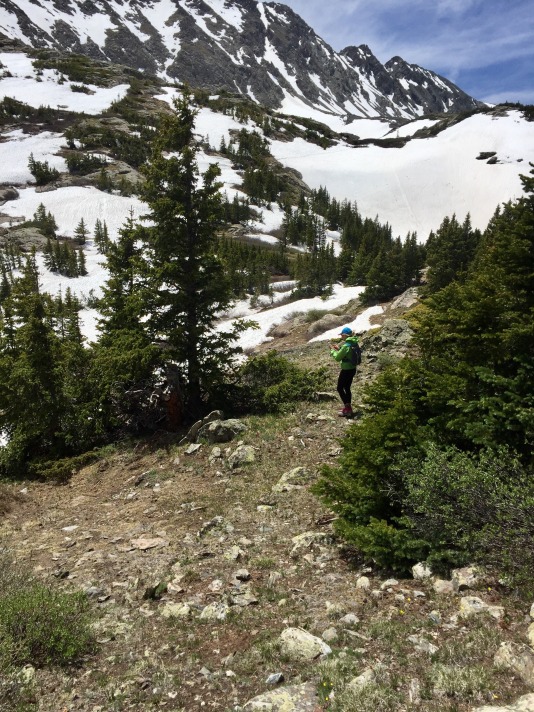 After all of that adventuring, we were hungry (and thirsty!).  We headed into Breckenridge to mill around a bit and refuel with some beer and appetizers.  After strolling around town for a bit (and checking out the highest running store in the country) we headed back towards camp.  A quick pit stop at Broken Compass Brewing was in order for some more great beer (what, we were going to drive right by and not stop?? Come ON), and then it was back to the campground to make dinner and bask in our views for one last night.

And so, the sun sets on another  Effing FANTASTICALLY GREAT adventure vacation.  The next morning we (very, very sadly) packed ourselves up and made the drive back to Denver to turn in the campervan and fly back home.  Adventures are awesome.  Adventures with friends are even awesome-er.  And that’s all I  have to say about that.  Cheers, get out there and live big!